The Derek Dietrich era has begun. So who is this guy? Dietrich plays first, second, and third. He has also logged in time in left and, for one game in his seven-year career, in right. Most of his games, though, have been at second. Which is weird because the Rangers […] 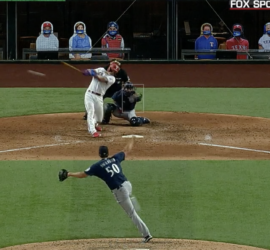